Just to get this out of the way: I am not saying that ALS is not a worthwhile cause or that it’s not a devastating disease, and I would never suggest that you should not donate. What I am commenting on is the set up and execution of the recent awareness campaign that you’ve no doubt failed to escape on your news feed.

The #IceBucketChallenge has raised millions of dollars in just a few weeks…And that’s fantastic. The ultimate goal of pretty much any campaign for a cause is to raise money, because that’s what will fund research that leads to a cure. So in that respect, the campaign has succeeded. In other ways, it hasn’t. 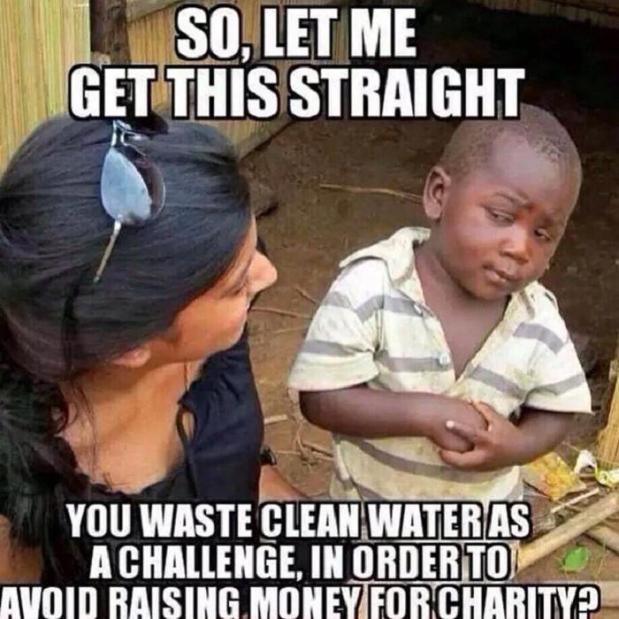 Having worked on awareness campaigns from the beginning phases (agencies like to call this “ideation”…barf), I know that it’s not *all* about the money. The second priority is awareness. With diseases like ALS and Lupus, many people may not even know they exist, much less the symptoms, prognosis for current patients, treatment options and prevention, if applicable.

“Awareness” is a term that gets thrown around a lot on social media in relation to charitable causes. “While I’m not donating money, tweeting this hashtag is contributing to the awareness of the issue,” is the common slacktivist motto. But I’m talking about actual awareness: marketers need to educate audiences about the disease itself, the steps taken (and those needed to be taken) to find a cure, and how the disease is affecting real people. (Some participants have uploaded videos that give a bit more insight into the disease, like this one making the rounds on Facebook, but that’s a bit outside of the campaign’s call to action.)

True awareness is what can help convert the campaign from a one-time summer fad to a cause that people care about (and contribute to) year round–non-profits need to encourage brand awareness too! If all people know about the cause is that they got to film themselves dumping a bucket of cold water over their heads and got lots of likes and comments, the message is going to fade faster than a summer tan.

It’s what bothers me most about the Ice Bucket challenge: it’s so blatantly superficial. I’m obviously not the first to notice–it’s been compared to a wet T-shirt contest many times already. I imagine the meeting in which the idea was developed went something like: “How about we…make people do something kind of crazy to get their friends to donate, like, I don’t know…dump ice water over their heads. That’s a bad example but you get the id–”

Marketers for non-profits are well aware of the vanity factor. A depressingly large part of why people donate is because they can look like good citizens to their friends–good citizens who are doing well enough financially to give money away. And a chance to show off your bikini body to boot? People just couldn’t resist.

I wish it wasn’t the case–that it didn’t take silly antics and the promise of short term Facebook fame to get people to care about a disease they’ve never heard of, but it’s a fact of human nature. But while vanity is a powerful tool for non-profit marketing, it shouldn’t be the centerpiece of a campaign. I like this Forbes writer’s list of suggested alternatives to the Ice Bucket Challenge, none of which wastes water, all of which are considerably less annoying.